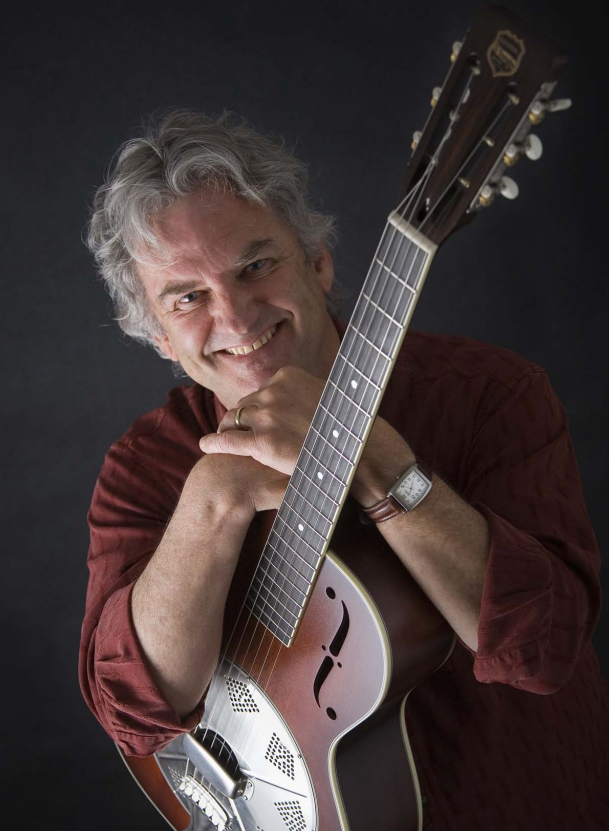 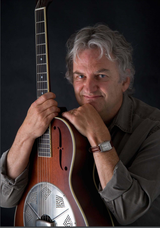 When we first heard Mike's music, we were blown away at his comfortable style, accessibility of his lyrics and melodies, and his absolute mastery of the guitar. We knew instantly we wanted him for one of our house concerts, and were excited that he had availability! He wowed the sold out crowd last year and we have had so many requests to bring him back this year.

When the late, great Vassar Clements heard Mike Dowling play guitar back in 1975 he did the sensible thing. He hired him. Mike was the guitarist in Vassar's first touring band and can be heard on his Grammy-nominated "Nashville Jam". Clements called him simply, "One of the finest guitarists there is, anywhere."

Echoing that sentiment is an ever-growing chorus of music critics and acoustic music fans throughout the world. Mike digs deep into the musical bag of American roots guitar, favoring the melodic Piedmont style of acoustic blues masters like Mississippi John Hurt and slide great Tampa Red.

But Mike can't be pigeonholed as a blues player, or even as a fingerstylist. He's far too versatile for that.

In 1995, after years of playing in Nashville groups, fronting his own band, and writing songs for Del McCoury, Kathy Mattea, and Emmylou Harris, Mike launched a solo performance career.

Armed with an engaging voice, self-deprecating wit, and an arsenal of elegant interpretations of old blues, swing, ragtime, and original tunes it didn't take long for Mike to capture the hearts of acoustic music fans, and with the release of his first solo album, the critically acclaimed "Swamp Dog Blues", he began headlining at concerts and festivals throughout the world.

He's been a featured guest on public radio's A Prairie Home Companion as well as a substitute guitarist in that show's "Guys All-Star Shoe Band". In 2005 he was one of twelve of the country's top fingerstyle guitarists who won the Grammy for Best Pop Instrumental Album for their solo arrangements of Henry Mancini compositions on a CD called "Pink Guitar".

Mike continues to write and record from his Wyoming retreat and maintains a busy tour schedule performing and teaching throughout the world. He's released seven albums on his Wind River Guitar label and recorded two more for Solid Air Records. Mike's musicality, depth, and mastery are evident in every song. Another DON'T MISS event!