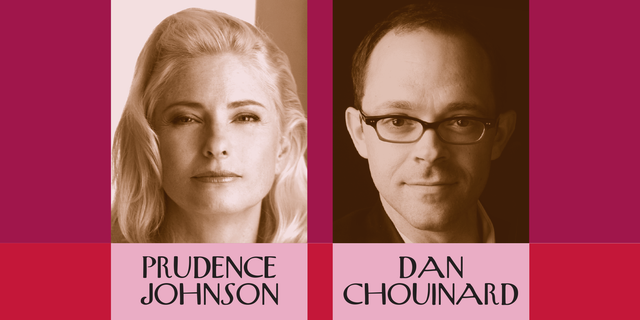 For three decades, singer Prudence Johnson and pianist Dan Chouinard have enjoyed a musical friendship, performing and touring the country together. Both are veterans of National Public Radio’s A Prairie Home Companion, and they can be seen individually on theater and concert stages with many and diverse musical projects. Each has appeared on the other’s recordings but their collection of Gershwin songs (titled, of course, Gershwin) features the duo in the pure simplicity of one piano and one voice. The two will be appearing across the US with humorist Garrison Keillor in the 2022/23 season.

Prudence and Dan share a love of history and have written several shows together that highlight the music of an era and a place, usually Minnesota, in the context of the times in which it was created. The Golden Age of Radio, Tiptoe Through the 60’s: Songs and Stories from a Revolutionary Decade, and Flappers, Miners and Moonshiners: Minnesota in the ‘20s were all performed extensively throughout the state with support from the MN State Arts Board and the MN Historical Society.

They express their love for classic country music in the band Lush Country, and they look forward to semi-annual performances with storyteller Kevin Kling, such as Valentine’s Day favorite The Love Show. Dan and Prudence have recently taken a deep dive into the music of a true American original, Randy Newman, and perform songs from his solo albums and award-winning film scores.