Jake La Botz
Friday, November 5th, 2021   - SOLD OUT !!
​
What a fun night with Jake La Botz, and special guest Mark Gunderson on Bass and vocals.  Great storytelling, amazing songs, killer guitarist, and what a warm-hearted performer!  The crowd was delighted by Jake's unique blend of soulful blues, ballads, and upbeat songs about life.   "There was so much humor in his lyrics," Connie Dretske commented at the midway point in the show. 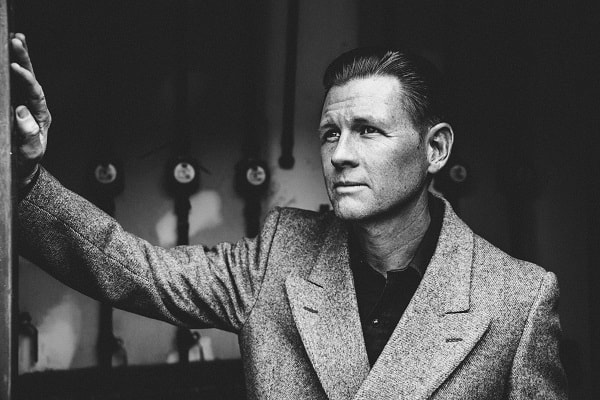 As a hard-luck kid wandering the streets of Chicago, young Jake La Botz chased the magic he found in stories.


Singer/songwriter Jake La Botz plays roots-drenched music that reflects his time performing in streets, bars, churches, and even tattoo parlors. You can also hear the various places La Botz has lived in his music — including his time in New Orleans, the Mississippi Delta, and his native Chicago where, as a young man, he found kinship with some of the last of the pre-war era bluesmen: David “Honeyboy” Edwards, “Homesick” James, and “Maxwell Street” Jimmy Davis. In 2017 and 2019 Jake released his studio albums Sunnyside and They’re Coming for Me and both albums won Independent Music Awards. Jake has toured extensively in the U.S. and Europe and has shared the stage with Ray Charles, Etta James, Dr. John, Mavis Staples, JD McPherson,Tony Joe White, Low Cut Connie and a host of other greats.

He's also an actor... “Acting's what I wanted to do as a kid, so I bought a second-hand suit and volunteered as an usher to see live theatre for free,” La Botz recalls. “I wanted to be near the action, and the magic, the mythology and the storytelling, that creativity. Later in life I crashed a movie premiere and there I met Steve Buscemi.  Such a cool guy.”

Buscemi began to frequent La Botz’ shows, and the two struck up a friendship; before long, Buscemi was set to direct a film (Animal Factory), and wrote in a role for La Botz. From there, La Botz went on to act in a number of other films including Rambo, On the Road, and The Grace of Jake. He also starred in the stage musical Ghost Brothers of Darkland County written by Stephen King and John Mellencamp. His songs have been in numerous TV shows as well (Shameless, Daredevil, Designated Survivor, L.A.s Finest, and more). 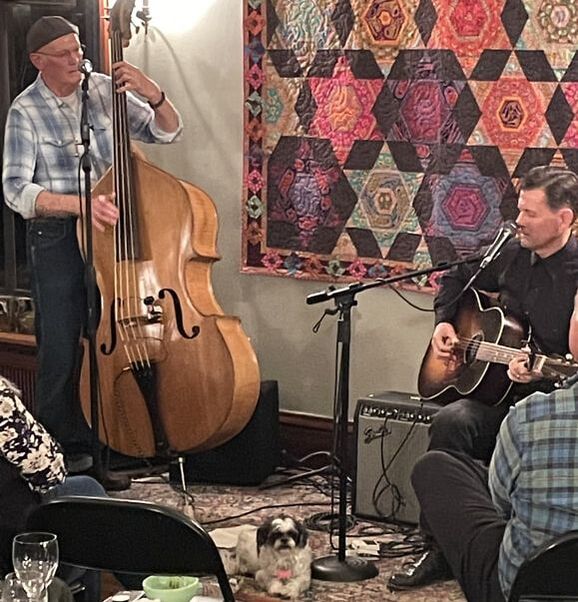 ”Jake LaBotz turns paranoia into a haunting, Tom Waits-worthy piece of cabaret Americana with “They’re Coming for Me.”  He delivers his lyrics like a method actor, imbuing each line with a mix of theatricality and wild, wide-eyed believability.” —Rolling Stone

“From the first time I heard him playing guitar and singing his songs in a smoky bar on La Brea and Sunset, I became a devoted fan of Jake La Botz.” —Steve Buscemi.

​Jake with special guest Mark Gunderson on Bass and Vocals.

Hattie, the dog, also sitting in as security detail in case anyone started crowding the stage.